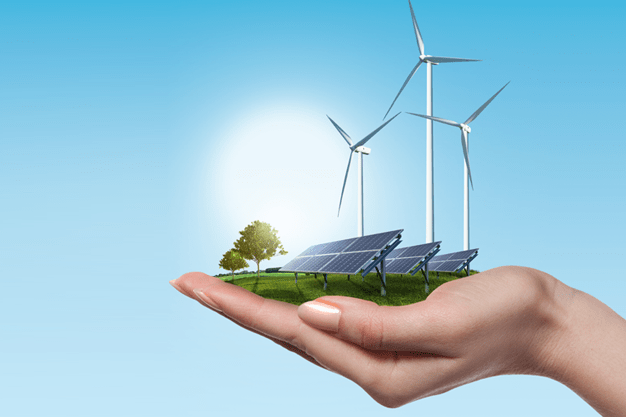 Solar energy is one of the purest forms of energy available on earth. It is 100% clean, safe, efficient, and long-lasting for your homes or businesses. As it emits no dangerous pollutants into the atmosphere, it helps to drastically bring down the Carbon dioxide levels which are otherwise created primarily during the generation and consumption of electricity.

The solar panels produce no emissions; you can be sure that you will have no carbon impact as you have made your home go –green with solar. Additionally, it’s a cost-effective and environmentally friendly option to make your home more efficient and sustainable for a better future. So any house with solar can offset anywhere from a half to one ton of CO2 for every megawatt-hour of solar energy used. This way you can reduce your household’s carbon footprint and save money by installing a solar panel system on the roof of your home.

One of the biggest environmental advantages of solar is that it does not involve polluting water. While other manufacturing processes require water. Older technologies such as natural gas, nuclear, and coal-fired facilities require massive amounts of water for cooling purposes. Whereas solar panels generate energy without consuming water and do not impact negatively on the environment.

Fossil fuels are responsible for increasing pollutants in the environment. They generate harmful gases like methane, carbon monoxide, and carbon dioxide which reduces the air quality. Air pollutants like smog are harmful to the environment and also bad for our health when inhaled. They hinder our health and wellbeing by causing headaches, heart attacks, asthma, bronchitis, and allergies.

Solar panels help in reducing the pollutants in the air and create clean energy away from air pollution.

The sooner and more fully we make the transition to renewable energy like solar, the better will be for both species and the environment.

Usage of fossil fuels like kerosene exposes people to a greater risk of health disorders. Burning kerosene creates fumes that contain black carbon which may cause breathing problems, heart diseases, and eye disorders. According to WHO, approximately 3.8 million premature deaths a year happen globally because of the diseases attributed to exposure to HAP. The WHO regards HAP as the most important environmental health risk factor worldwide.

To reduce indoor air pollution, replace toxic kerosene lanterns with solar panels. According to a study made by GOGLA, it was concluded that 91% of households notice positive health improvements after replacing kerosene lanterns with solar technology. Solar panels help you supply clean energy continuously without any outrage, especially during times of general utility power cuts.

The burning of fossil fuels increases greenhouse gases like carbon dioxide and methane in the air which contributes to the greenhouse effect. It makes our mother earth harder to clean the air and heal itself from pollution. As the carbon count increases it will retain heat from the sun resulting in increasing global temperature and causing rising sea levels and melting glaciers. The changing air conditions will continue to show an abnormal effect on climatic changes causing some places to warm, and some places to cool and making sudden and volatile weather patterns.

Solar energy is one of the best ways to prevent the bad effects on the climate. As we all reduce using fossil fuels and switch to solar the planet gets healed and improves climatic changes by reducing Co2 emissions.

These are some of the environmental benefits of going solar. Are you someone looking to contribute your part towards an ecological movement? Solar can be a beginning step for you. We at Wattz provide high-quality solar panels for residential homes in Dubai. As a leading solar panel installer, we offer the best home solar system at affordable prices.