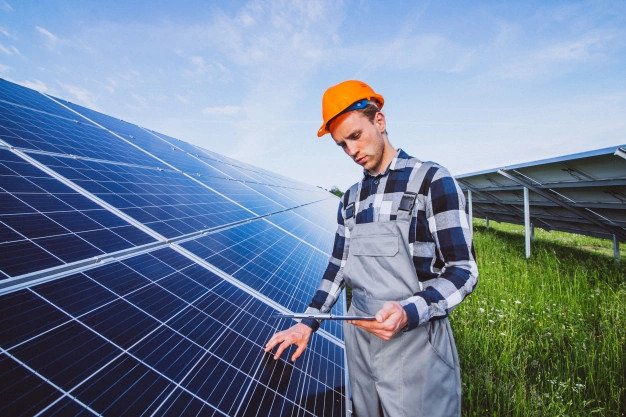 With roughly 2 million solar panels installed, the issue of fire safety is becoming increasingly important. Solar fires do occur, even though professionally installed systems by skilled specialists must comply with current safety requirements.

On the surface, the procedure appears straightforward; nonetheless, numerous stages must be followed to assure safety. When firefighters arrive at a fire scene, they locate the structure’s solar system, shut it down, keep an eye out for hazards while extinguishing the flames, and make sure the situation is safe before leaving.

The following are some of the most frequently asked questions about solar photovoltaics (PV) fire safety.

If I install rooftop PV, am I endangering my home?

A PV system installed properly by a certified vendor should not pose any serious risk to your home, just like any other electrical system. The National Solar License Map provides information on state-specific solar system installer licensing regulations.

How often does rooftop PV cause a fire?

Although there are no precise statistics on the number of fires caused by rooftop PV systems in the United States, the Solar Energy Industries Association claims that a solar system spontaneously bursting into flames is a very unusual event. Assessing Fire Risks in PV Systems and Developing Safety Concepts for Risk Minimization, a paper examining fire risks in Germany, found that 210 of the 430 incidents involving solar systems were caused by the system itself.

What are the reasons for residential solar fires?

Solar rooftop fires are typically caused by design errors, component failures, and improper installation. These issues, like those that plague all electrical systems, can result in arcs between conductors or to the ground, as well as hot spots that can ignite nearby flammable material. To address these issues, the National Electrical Code created safety regulations, and fires caused by PV rooftop systems are extremely rare.

Are there any physical protections I should have installed to reduce the risk of a fire?

Designers of PV systems must consider all applicable International Standards, such as the “DEWA Standards for Distributed Renewable Resources Generators Connected to the Distribution Network” and the “PV on Buildings and Fire Safety” guidelines, throughout the design stage. This research is being used to develop new standards for PV hazard controls to protect firefighters, such as the electrical resistance of personal protective equipment based on factors such as physical body composition and skin moisture, as well as electrical pathways that could be encountered to avoid shock.

Finally, visible labeling in the home or building should specify which power cables are linked to the PV system and where the various components are located so that firefighters can quickly and easily reach them.

Is there any special equipment I should require for rooftop PV installation?

Your rooftop solar PV system should be installed in compliance with current safety laws and requirements, whether it is a grid-connected system, a backup generator system, or an isolated battery storage system.

When I install a solar system on my property, what type of insurance do I need?

Because the system is tied to your home and considered a part of it, most homeowners’ insurance policies cover rooftop solar panels. Solar energy systems and rooftop panels or tiles, like a patio or a security system, are widely regarded as permanent additions to your home. If your panels are mounted on the ground or a carport, you may require a different or supplementary policy. So consult your insurance company for further information.

The following are some of the basic key facts about rooftop solar systems:

Do you need to save money on your power bills? Wattz, being the UAE’s leading solar energy provider, provides high-quality home solar energy panels and installation services, which can help you save up to 20% on your monthly electricity bills.