How Much Power Does Your Home Solar System Have To Generate? 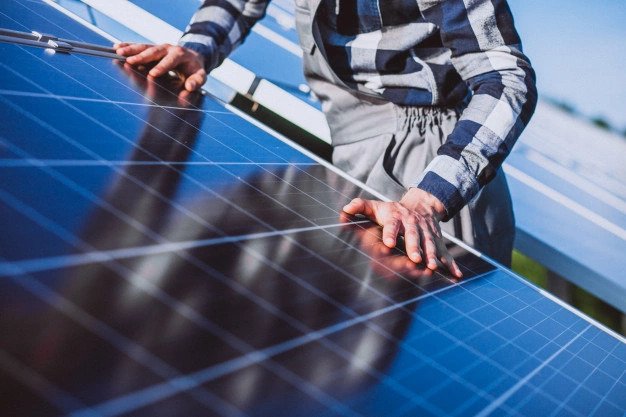 The wattage of a home solar panel is the most significant element that influences the quantity of power it produces. A solar panel’s peak wattage refers to the amount of DC electricity it generates under typical test conditions. When 1000 megajoules of solar radiation per square meter fall on the panel and the cell temperature of the solar panel is 25 degrees Celsius, standard test conditions reach. These exact conditions don’t happen very often in the actual world, but they allow us to test and compare the power output of solar panels.

Given a particular amount of solar irradiation, the higher the wattage of the solar panel, the more power it will produce. The watts of a solar panel shows its maximum power output under ideal conditions. Because they make several solar panel models, each company has a vast range. The wattage of your panel is crucial, but it’s only one thing to consider.

Various elements influence the quantity of power generated by a solar panel, however, it is beneficial to divide them into two groups for analysis:

Solar panel characteristics and the amount of solar irradiation available to the solar panel where it is put.

The rated power output of a home solar panel system determines how much electricity it generates. However, additional elements consider effectively fulfill your energy needs. Panel efficiency, temperature sensitivity, shadowing, and the angle of your roof are all factors to consider.

The angle of a roof, on the other hand, has less of an effect on panel performance than the direction it faces. Solar panels facing south at a tilt angle of 30° to 45° produce the most energy.

Furthermore, the amount of sunlight available varies by location. This simple equation demonstrates how the quantity of electricity generated is determined by the amount of sunshine and the characteristics of a solar panel.

Let’s say you get 5 hours of direct sunlight on a good day. 5 hours of sunlight multiplied by 290 watts from a solar panel is 1,450 watts or 1.5-kilowatt-hours per day. Each panel on your roof generates roughly 500-550 kilowatt-hours of energy per year.

Solar panels with higher efficiency tend to be more expensive than those with lower efficiency. However, consider whether the initial cost difference is justified by the benefit of generating more electricity throughout the solar system’s lifetime. Alternatively, you might install a smaller system while still drawing power from the grid. If you add solar battery storage, this decision will influence in part.

There is a wide range of solar panel models available for domestic usage, but not all of them create equal. They also don’t all produce the same quantity of energy.

Solar panels rate according to how many watts they produce. The higher the wattage rating, the more power your solar panel system will generate. The power output ratings of most home solar panels range from 250 to 400 watts, depending on panel size and how successfully they convert sunlight into energy. While greater power ratings prefer, power production is not the only consideration when evaluating a solar panel’s performance.

Two solar panels, for example, may both be 15% efficient, but one has a power output rating of 250 watts. And the other has a power output rating of 300 watts. The higher output could simply be owing to the 300-watt panel’s larger physical size, rather than a higher efficiency or more advanced technology. As a result, rather than power output, panel efficiency is a better predictor of solar panel performance for fulfilling your energy needs.

In practice, either of these panels might use to form a solar system with a total rated capacity of 5kW. It would feature either 20 250-Watt panels or 16 300-Watt panels, depending on the model. If both panels were installed in the same area, the systems would generate the same amount of power.

Now is the best time to go solar

Wattz has the resources and experience to help you get the most out of your solar systems. From installation to maintenance, we’ll be with you every step of the way. And we’ll be here to help and guide you for years to come.