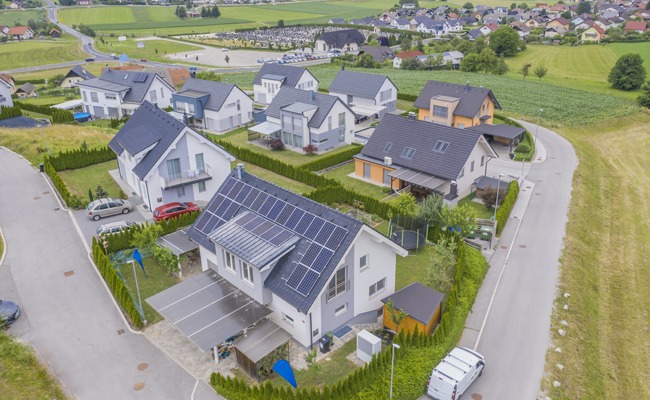 Green energy is rapidly gaining popularity, and solar is one of the most environmentally responsible solutions for households. A solar panel is a collection of electrically connect solar cells that turn sunlight into electricity and enclose it in a frame. Switching to solar energy offers numerous benefits, including the ability to save money while helping the environment. It also has some drawbacks due to the location of your home and weather conditions. Let’s look at the essential facts concerning solar panels for home in further depth.

A Year’s Worth Of Energy For The Entire Earth Is Equivalent To One Hour Of Sunlight.

Solar energy, or energy produced by the sun, is the foundation of solar power. The sun’s energy can be stored in solar panels when it shines. These solar panels convert energy into power in two ways: photovoltaic and solar thermal. Photovoltaic energy utilize for electricity, while solar thermal energy uses for heating.

The sun’s energy is the planet’s most abundant source of energy. With just one hour of direct sunshine, you could generate enough energy to power the entire planet for a year. The sun generates a great deal of electrical energy!

All you need is a solar panel to convert energy from the sun (electricity that can use by your home) to meet all of your home’s energy needs.

Solar panels can receive and distribute energy from the sun, but they do not need direct sunlight to do so. Solar panels may collect various wavelengths of the sun’s light spectrum. So, just because the sun isn’t shining directly on the panels – or because it’s a foggy day. It doesn’t mean the colors reflected from the sky aren’t being captured and used by the solar panels.

In 30 Years, A Solar-Powered Home Can Reduce Co2 Emissions By 100 Tons

In other words, it does not produce the same amount of pollution as other energy sources. Using a solar power system, the average household might save eight pounds of Sulphur Dioxide, five pounds of Nitrogen Oxide, and more than 1,400 pounds of CO2 each month.

An Investment In Solar Energy Can Save You Money

When switching to a solar energy system, don’t fool by the initial installation cost; the value is in the entire amount you save by investing in solar electricity. You won’t have to pay a heating or power bill when your solar panel installs. The money you save on your electricity bill will eventually pay for your primary investment in solar energy.

Furthermore, individuals who purchase solar panels for home may be eligible for a 30% tax reduction, and some jurisdictions even allow solar power owners to sell their extra solar energy, putting more money back in their pocket. They’re also low-maintenance, and getting a check-up is inexpensive.

Solar Energy Can be Use To Fuel Aircraft

Solar energy is more than just a source of electricity for your home. It can also use in automobiles. More and more individuals are commuting purely on solar energy, from vehicles to trains, and now even airplanes.

This use of solar power outside of homes and commercial buildings is just the beginning of solar technology’s limitless potential to improve our daily lives.

Solar Installation Can Be A Community Effort

The concept of shared solar works well in the burgeoning sharing economy that has gained popularity in recent years. Instead of individual homeowners installing solar panels for homes, entire communities are having solar systems constructed to power their homes. So, why not strike up a conversation with your neighbors?

Solar-powered electricity measures in kilowatt-hours (kWh), and most solar panels have the capabilities of around 225 watts, with the ability to create 20 watts per square foot. To put it into context (and for those who aren’t in the energy field), the average home needs roughly 30 solar panels to meet its own energy needs.

There’s a lot more to solar panels for the home than you might have realized. Solar energy’s possibilities of becoming a major power source are continually improving, and Semper Solaris can assist you in becoming one.

If you’re interested in solar panel installation for your home, simply contact Wattz, the top residential solar panel installer who has previously completed many projects for various residences in Dubai. Our experts will supply you with up to four free estimates. This is a non-binding service that just takes a minute to complete, call us today to schedule an appointment.