Where Are We Going With New Solar Technologies In 2021? 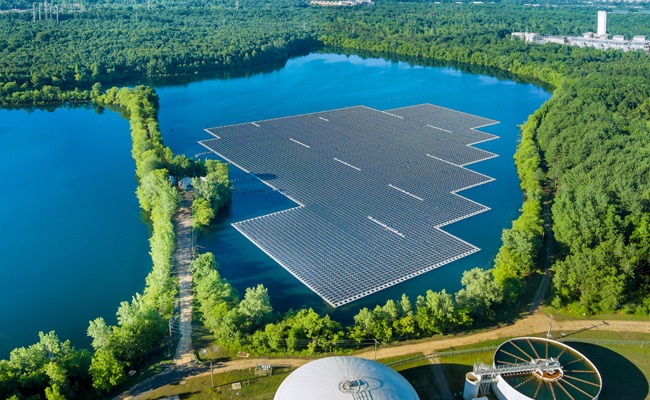 Most people immediately think of solar panels on rooftops or a solar farm in the desert when they hear the words “solar electricity.” For good reason: until now, traditional utility-scale and rooftop solar panels dominated the solar systems business.

However, there are many fascinating new solar panel technologies in the works or already available. These potential technologies will change the way we think about energy production in general, not just solar. Solar energy no longer necessitates enormous plots of land or roof space, nor does it have to be unsightly. Continue reading to learn more.

Silicon panels are becoming more affordable and efficient every day. Photovoltaic panels installed on reservoirs and other bodies of water, according to experts, provide even greater efficiency.

Photovoltaic solar generating systems designed to float on reservoirs, dams, and other bodies of water are known as “photovoltaics.”

Floating solar farms can create massive amounts of electricity without taking up valuable land. Floating solar panels are less expensive to install than land-based photovoltaic panels. Furthermore, research has shown that the cooling impact of water increases the power production of floating solar panels by up to 10%.

Floating solar farms can help with water management in addition to producing clean solar energy. They prevent water loss due to evaporation by restricting air movement and blocking sunlight from reaching the water’s surface. Furthermore, floating solar farms reduce water treatment costs by preventing the growth of harmful algae. In addition, the water beneath the solar panels keeps them clean and reduces energy waste.

Building-integrated photovoltaics (BIPV) solar technology, as the name implies, seamlessly integrates photovoltaics into building architecture in the form of roofs, canopies, curtain walls, facades, and skylight systems. Unlike standard solar PV panels, BIPV can be an attractive addition to a building’s architecture rather than a hindrance.

Of course, aesthetics isn’t the only consideration for solar consumers; cost is also important. You can reduce the cost of solar panel mounting solutions by replacing BIPV with regular building components.

As with normal architectural glasses, photovoltaic PV glasses installed as building materials operate as an energy-generating device while letting natural light into homes and offices.

Solar skins are a new PV technology that allows unique designs to be included in solar panel systems. This technology is similar to ad wraps that we can see on bus windows. They screen to allow sunlight to reach the solar cells beneath them. As a result, it shows a unique image while also providing solar energy. These unique pictures etched on solar panels can be customized to match your grassy lawns or home rooftops.

Businesses and government offices may also benefit from solar skin panels. They can customize to display company logos, adverts, the flag of a country, and so on. Solar skins also use rail-less racking systems, sit lower, have a sleek finish, and conceal metal components, giving the panels a stylish appearance.

Because solar radiation can find throughout the world, why not generate your energy wherever it needs? Consider the possibility that, in addition to creating solar power at a fixed site, you could also do so while moving around in your clothes.

These solar filaments may weave into t-shirts, winter jackets, or any other type of clothing to keep you warm, charge your phone, and supply energy for other requirements while you’re out and about.

Researchers have sought to combine solar fabric and solar panels in some areas, including:

By providing both shade and power, solar-manufactured household garments can help you save money on solar panel mounting and installation.

Portable solar panels aren’t exactly cutting-edge technology. These portable panels, on the other hand, are getting increasingly powerful and inexpensive for the average customer. Off-grid electricity is possible with portable solar.

Formerly ground-mounted or rooftop panels only generate solar energy. However, as a result of all of the foregoing developments, solar expects to become lighter, more flexible, and more widely applicable. And there are plenty of other additional innovative household solar systems in the works or set to launch in 2021.