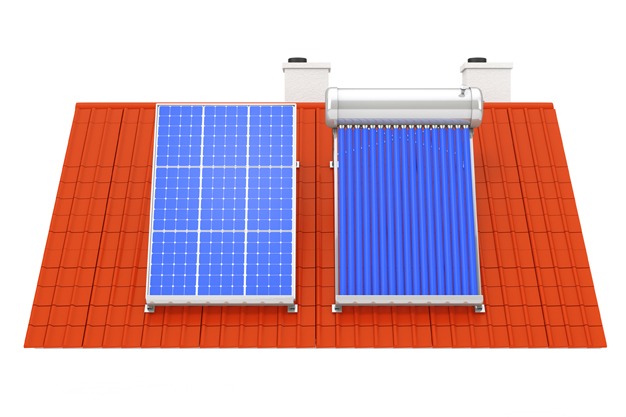 The sun can provide enough energy in 24 hours to power the entire world’s population for 27 years. Solar energy is thus not only a completely reliable and long-lasting energy source but also a very cost-effective and efficient one if the solar panels used and the surrounding environment is well suited. Such exciting prospects have grown in an industry that has invested a lot of work into creating efficient systems. Creating such systems for generating, utilizing, and storing the sun’s energy by converting sunlight into valuable electricity using various types of residential solar panels.

The type of solar panel is determined by the solar cells that make it up. Because each type of solar cell has its own set of properties, certain panels are better suited for specific scenarios.

Monocrystalline solar panels are the most developed and they have higher efficiency. In this scenario, the panels are made up of monocrystalline solar cells. They include 40 monocrystalline cells, each of which is constructed entirely of silicon. Because sunlight interacts with pure silicon, monocrystalline cells appear black. When it comes to back sheets and frames, though, consumers can choose from many colors. Solar makers slice silicon ingots into wafers to make them. The smooth and round cell borders in the process. You’ll need fewer of them because their shape and composition help them produce more electricity.

Some of Monocrystalline Cells’ Key Benefits are as follows:

Panels Made of Thin Film

As a result, they are the most affordable solar panels available. Thin-film solar panels can be turned into a flexible panels by putting films of one or more PV materials onto a substrate.

Thin-film panels, as second-generation panels, have many features that contribute to their expanding popularity.

• Thin-film panels are versatile and can be built of a variety of materials other than silicon.
• This type of solar panel is far less expensive than the other two.
• Due to its lightweight structure, customers can save money on installation costs as well.
• When compared to the other two types of solar panels, thin-film panels have the lowest efficiency. They have a high efficiency of up to 11%.

As a result, deciding on the best residential solar system is mostly determined by your energy requirements and the specifics of your home. The design that works for you is determined by various criteria like maintenance, aesthetics, and economic limits.

Connect with Wattz, the leading solar panel installer in Dubai, today if you’re looking for the best solar panels for home installation. We’ve assembled the best team of professionals to collaborate with you on the design. They can also recommend the best options for you and assist you in connecting with the sun.