How Are Residential Solar Panel Systems Made And How Do They Work? 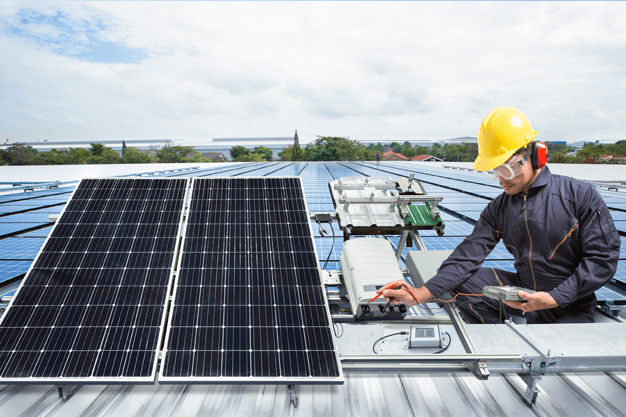 As we enter sweltering, sun-drenched summer in Dubai, it’s easy to imagine the power of the sun. When you install solar panel systems in your home during the summer, it adds more productivity to the house.

In recent years, solar panels have become more accessible to everyone. Solar systems are now visible on the commercial properties and rooftops of many residential homes. According to the Solar Energy Industry Association (SEIA), it was reported there is a massive growth in the solar industry with a 50% of annual growth rate in the last decade.

1. Why Do Solar Panel Systems Have So Much Demand?

Affordable prices have made solar panels competitive in the market. In addition to the prices, solar panels save electricity and even contribute as a green option for the ecosystem.

2. What Are Solar Panel Systems Made Of?

When you look at your residential solar panel systems in Dubai, they simply look like a single compressive block. But solar manufacturers use bevy materials and chemical components in making solar plays which play a crucial role in converting solar light into usable electrical energy.

The manufacturers make solar panel systems by using crystalline silicon wafers as the main component material in them. Because silicon acts as the best semiconductor for about 95% of solar panels on the market today. And the remaining 5% is used for experimenting and developing technologies like organic photovoltaic cells.

Of course, residential solar panel system does not just need silicon to power your home with electricity but they also need components like plastic, metal, wiring, and glass.

The manufacturers cover the solar panels with a layer of glass and anti-reflective coating to protect the silicon cells and heave the sunlight into the panels.

They support the whole infrastructure with a polymer (or) plastic frame for installing on the ground mount or rooftop solar panels.

Solar systems come in various designs, styles, and sub-components. The most common types of solar panels are monocrystalline, polycrystalline, and thin-film solar panels.

The manufacturers make the monocrystalline solar panels with a single silicon crystal and they are the most expensive and efficient solar panels.

The manufacturers make the polycrystalline solar cells with multiple silicon crystals melded together. These are not much efficient compared to monocrystalline panels but are more budget-friendly when you wish to opt for a less expensive solar system.

The manufacturers make the thin-film solar cells from amorphous silicon which makes them the most flexible solar panels but is least efficient.

3. How Are Residential Solar Panel Systems In Dubai Made?

The manufacturing process of solar panels has become quite streamlined, and standard and keeps up with the growing global demand for solar systems.

Solar manufacturing begins with the creation of solar cells. This process involves melting the silicon material and mixing it with the supportive elements.

Then the manufacturers cut the material sheets and turn them into component cells. This helps in entailing mass production, laser cutting, and expedite manufacturing. Then they protect the cells with a layer of glass or plastic.

The base houses present in the solar cells transfers the electricity to a single location such as a building or a commercial property or a local power grid.

4. How Do Solar Panel Systems Work?

1. N Type Silicone: This silicone lies on the surface of the solar panel.

2. P-Type Silicone: This silicone lies below the N-type silicon.

The N-type silicon is a pure form that has one extra electron and the P-type silicone has one less electron with impurities from an infusion of boron.

When the sunlight falls over the solar panels the electrons begin to move in and around attempting to fix the shortfalls, as a result, the photons knock electrons and generate electricity.

Your solar panels undergo an inis process while manufacturing and installing solar power systems. If you are looking for solar panels for home installation you can count on us! Wattz is one of the leading solar panel installers in UAE providing residential and commercial solar panels.