Reasons Why Dubai Homeowners Should Invest In Solar 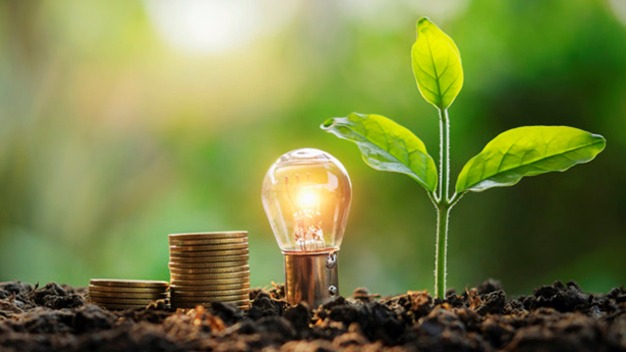 Living in the age of advanced globalization and massive industrialization, the earth is edging ever closer to a point of no return in terms of climatic change. In the wake of Global warming, most nations have taken on the challenge to switch from a reliance on fossil fuels to a much rewarding sustainable energy system, and some countries faster than others. UAE is one such nation that wants 75% of power to come from clean clean energy by 2050. Read on to know some of the exciting reasons why Dubai homeowners should invest in Solar.

According to the clean energy strategy 2050, Emirates aims to emerge as a world leader in renewable energy. And Dubai, traditionally known for the superlatives, the tallest, and largest is now gearing up to set itself as a humble example to go green by 2030. The goal is to become the city with the smallest carbon footprint in the world by 2050. The Dubai government wants the building owners to place solar panels on their roofs and link them to a network of the local power utility by 2030. Dubai is investing billions in the Dubai Green Fund which will allow for low-interest financing for clean sources of energy such as sun and wind.

UAE Is On Carbon Neutral Program:

As a part of the Dubai Clean Energy Strategy, The Dubai Electricity & Water Authority (DEWA) has developed Shams Dubai a program that encourages Dubai homeowners to install solar photovoltaic (PV) panels on their flat roof villas or businesses, to generate their electricity. The main advantage of having solar panels installed is that the homeowners need not spend on expensive batteries for power storage. The buildings with these panels installation “on-grid,” connected directly to the main DEWA network.

Sunshine Is Abundant In UAE:

The UAE is in the Sunbelt region in which the solar irradiation levels are always high throughout the year. On average, the UAE receives ten hours of sunlight in a day. So, which is easy to capture when once you have the panels fixed to your roof. Solar panels in the UAE can potentially produce double the amount of solar energy. When it is compared to a country with lower solar irradiation levels such as Norway, Sweden, etc. The UAE is also in a region where bad weather rarely affects solar energy production. This is making it an ideal location for residential solar panel installations.

Once the solar panels installed, the customer can generate his or her clean electricity using solar energy. The surplus is exported to the grid and DEWA will offset the customer’s bill accordingly. In the winters, homeowners DEWA bills can almost be zero. You can enjoy the benefit of the net metering scheme with the excess electricity, that’s not used immediately will be credited by DEWA at the retail rate, reducing the energy bill for the following month.

Much known fact to all of us, the use of Fossil Fuel means pollution. Fossil fuel energy includes coal, petroleum, and natural gas wreaks havoc in our environment. In 2006, World Wildlife Fund (WWF) has declared the UAE as the country with the largest ecological footprint, per capita, largely because of the highest amount of carbon emissions. This is when Dubai started to change paving the way towards sustainable living and encouraging its people to rely on solar energy. It is the cheapest and cleanest energy source on earth. When you have a solar panel installation that can generate 10KW power. It can be enough to run a 3-Bedroom villa, you are reducing CO2 emissions by 39000kgs per year! Isn’t that surprising to know how you can contribute to the environment?

Apart from having the benefit of reduced electricity bills for the next 25 years, here is another bonus of having solar power homes in Dubai. Solar panel installation in Dubai increases the valuation of your property. Installing solar panels not only helps you fetch a higher asking price. This can also help your home sell 20% faster than properties without solar installation. So, when you are likely to sell, you will have a huge profit, as your home is clean energy compliant, which would soon become a mandatory aspect in near future. Increase the value of your homes by adding solar panels.

Are you ready to go solar in Dubai Today? Wattz can help. Please drop us a line and our experts would reach you in no time. We are leading solar panel installers in Dubai. Get a free home inspection!