Reasons Why Dubai Is Investing More In Solar Energy 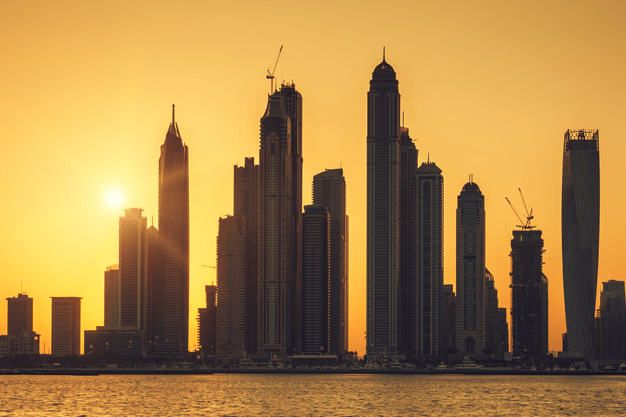 Home to the world’s tallest building, largest mall, and longest driverless metro, Dubai is not strange for building the best and supreme projects that blow the minds of everyone. Now world’s largest single-site solar park has also joined the list. Wattz is one of the best solar energy panels in the UAE.

Besides the fact that the desert and the barren soil surround the country with no abundant supply of water. It has shown miracles with modern civilization and advanced constructions that have caused an effect on climatic changes. Due to the increased carbon footprints in the country, the Dubai Electricity and Water Authority have been taken a crucial step in investing in solar energy panels. According to the Dubai Clean Energy Strategy 2050, Dubai aims to provide 7% of clean and renewable energy sources by increasing it to 25% by 2030 and 75% by 2050. Read on to know more about some exciting reasons that have made Dubai invest more in solar energy.

Due to the massive rise in electric and water prices by the subsidized governments, UAE has taken a crucial step toward creating its water and energy resources by investing in unbound renewable energy. Abu Dhabi, one of the seven emirates of UAE has alone spent Dh17.5 billion on subsidizing electricity and water. And in Saudi Arabia, the government has been burning 900,000 barrels of oil per month only just to produce electricity which is then sold at a fraction of the cost.

While the oil revenue has dropped due to fallen prices, the subsidies are making a dent in the government budgets. This made UAE take a crucial step in overcoming the escalator’s electricity costs. Dubai has become the first country to adopt cost-reflective policies for the Dubai Emiratis. And investment in solar is one such policy that had proved big.

Governments from several countries are adopting solar-friendly policies by allowing residential and commercial owners to install solar PV systems. This includes a string of countries such as Jordan, Egypt, Dubai, and a few others. In the case of Dubai, it aims to produce 5,000 megawatts of solar energy by the year 2030 which will make itself the largest solar power plant in the world. Many policies from corporations such as ABB, DEWA, Emirates, and Aramex invest in digital and greener grid utilities and solar energy is a part of it. These favorable policies from the UAE government add more advantages for home and business owners by investing in solar energy.

Solar energy penetration is set to grow more in UAE because of the gradual drop in the cost of solar PV systems. The costs of solar panels have fallen to 82% since the year 2019. When you step back to the year 2009, building a solar plant was 223% more expensive than building a coal farm. But now it flips. Electricity from a coal plant is 177% more expensive when compares with electricity from solar power systems.

The reason behind the price drop for solar panels is the popularity that they gain in the market. As the utility costs are rising more and more people are switching toward renewable sources. This gave rise to many solar companies and contracts to take advantage of the global market. Additionally, government forms many regulations,  which means more variety and competitive prices. This made solar panels cheap of cost and more popular across the globe.

Solar financing options such as solar PPA, solar lease, and solar loans have been popular in the Middle East Solar Industry due to these flexible payment methods more customers are driven towards solar energy to reduce their utility costs this made Dubai follow its continuity in investing on solar energy panels.

Many economic benefits made UAE show interest in investing in solar. Unlike other fossil fuels, generating energy with solar PV systems does not produce any greenhouse gases such as methane and carbon dioxide. Solar panels do not even require massive amounts of water for purpose of facilitating vital cooling requirements. In addition to that, the solar sector employs many families. It consists of different job roles including various positions in engineering, sales, marketing, manufacturing, and installation.

As Solar has become more popular and competitive it has branched out to other sectors. Is not just a great choice for residential purposes. It also benefits various sectors such as the agriculture industry, poultry, cold storage, ice plants, manufacturing industries, oil, gas industry, etc. To save energy costs from the most energy-consuming industries. UAE has been fostering solar energy as a cost-effective and energy-saving option by investing in solar.

Some of the major reasons that made the UAE invest more in renewable sources of energy such as solar energy. If you want to invest in green energy and contribute towards ecological moments contact Wattz today. We are the leading solar panel installers in UAE, providing solar power panels for homes and businesses.