What Is Solar Power Purchase Agreement And Its Benefits 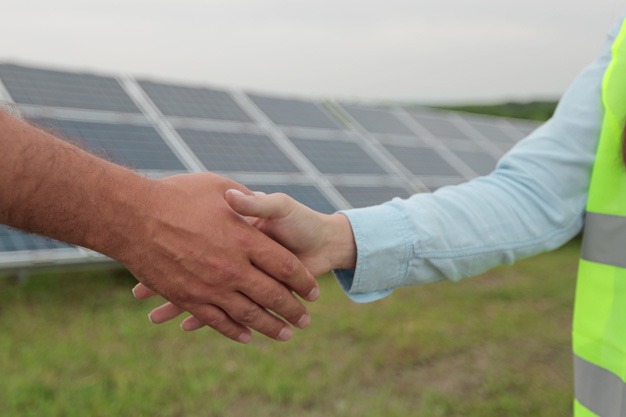 If you’re here, then chances are you have decided to take the plunge & switch to solar power. Pat yourself on the back! You’re contributing a lot towards an ecological movement. Solar power is a great choice for many building owners, house owners, and even tenants who want to lower their electricity costs. After deciding to switch to solar, the first solar bill will make the corners of your mouth turn up. But you know what! Solar PPA can be a great alternative to saving your electricity cost. But a little confusing when you try to study it. This is why you must take the time to understand how solar PPA works. Let’s get started.

What is Solar PPA?

Solar PPA is called a solar power purchase agreement. It is a mutual deal between two parties one who is the buyer and the other who is the seller where the seller helps the buyer or the house owner in the installation, design, financing, and maintenance of the residential home solar system for little to no cost.

While many people would prefer to go solar to reduce their electricity bills and rely on the grid. Many others simply can’t afford the upfront cost of buying solar panels outright.

However, if you cannot afford the price of a solar PV panel or a solar system, that doesn’t necessarily mean that you are missing out on the environmental benefits of solar.

In this case, few customers lease their solar panels, and others go for a PPA (Power purchase agreement). In this PPA an outside company that owns the solar panel systems handles the legal requirements, arranges the installation and maintenance, and reaps the benefits of tax and incentives. It allows you to utilize solar energy by purchasing it from them rather than relying upon a local solar power company. payoff

The period of PPA range from a period of 10 to 25 years. During this period the developer takes responsibility for the operation and maintenance of the home solar system. And the customer can be able to extend the period of agreement when the contract is near to end. Now we have seen what is PPA let’s also look into its benefits of it.

The PPA has various kinds of benefits and makes the process simple and affordable they include:

Solar PPA grants an immediate payoff to the energy consumer or host. As the developer takes care of all the financing, procurement, and installation process, the customer saves the energy bill while utilizing the solar services.

When you choose to go solar the solar developer takes complete responsibility for solar operational risk and performance leaving the homeowner in peace.

When you sign a PPA contract you will have a fixed and predictable energy cost for the entire duration of the agreement structured in two different ways. One of which is the escalator plan and the other alternative way is the fixed price plan.

In the fixed escalator plan the house owner pays money for the energy he had used at a predetermined rate which may range between 2% to 5% which is usually lower than the increased projected utility price.

In this plan, the price of the solar service utility remains constant throughout the solar Power Purchase Agreement term without having any relation to the utility prices that rise over time.

Compared to solar energy consumers, solar developers are more capable of utilizing the tax credits.  That help in reducing the overall cost of a solar system.

Now here most people are confused between a solar PPA and a solar lease because of the matching identity for both in many aspects. Let us study them more clearly.

Whether you get a solar PPA or a solar lease depends upon your choice. While coming to the savings you will still save money on your raising electricity bill with both of them while using clean and renewable energy. However, a solar PPA or the solar power purchase agreement has more potential to save your money until the end of your contract. Because of the monthly payments that are directly related to the amount of energy the solar power panels have produced.

For an instance, let’s say in September the solar panels on your rooftop had produced 800 kWh of solar electricity. And your PPA Company charged you $0.12 per kWh. Then, in October the panels had produced only 600 kWh of electricity because there are fewer sunny hours in that particular month. Then your PPA payment would only be $72 because of the less energy produced.

While talking about a solar lease, your payment would remain the same all over the year, no matter how little or how much power the solar PV panels produce. In leasing, you might not save as much as you save in PPA during the long term. And paying for one flat lease payment makes the payment process much easier. You don’t have to panic about the fluctuating monthly payments. It can also build your budget easily based on your standard monthly payment.

Although solar PPA gives you an excellent avenue to reduce energy bills and solar savings.  Still few factors must take into consideration.

Solar PPA has many advantages in terms of immediate savings and accessibility with other benefits. But there are also a few upslopes while purchasing solar power panels. Always make a thorough research on the financing options with the help of solar panel installers.

The developer is responsible for the installation, maintenance, and operation of the solar panels but sometimes the house owner also needs to spend some amount of money to support the installation process so comply with the local authority standard rules and regulations before going ahead.

The solar PV system may boost the property value but also the same way there are higher property taxes. This varies from state to state owing to policies and regulations. So make sure you consult a tax professional for clarity on this issue.

We hope this article has helped you to a greater extent. We at Wattz have supplied solar systems for many homes and workspaces in Dubai with great development and supplier background. If you are looking to go solar and contribute to a green energy movement do give us a call and book your appointment today.

Solar panels not only lower energy expenditures for businesses but also have a lower environmental impact. A solar array displaces grid electricity, which may come from coal or natural gas, for every megawatt-hour produced. The averted emissions are significant when considering that solar panels can last for over 25 years.

Because PV modules and other components are comprised of mined and processed materials, it would be false to claim that solar power produces zero emissions. When equipment brings to the project site and throughout the construction stage, there is also an environmental impact. Even when all of these considerations take into account, the lifetime greenhouse gas emissions from solar power are far lower than the DEWA estimation for solar power.

Greenhouse Gas Emissions: What Are They?

CO2 emissions, which contribute to the greenhouse effect, are a major issue for our world.

The amount of pollution saved by solar power is dependent on the size of the project and the energy source that replaces. Based on a 2-MW solar power system replacing coal and natural gas, this article will calculate a very preliminary estimate. We’ll make the following assumptions:

• The solar array has a 25-year service life.
• The output of solar panels generally decreases over time. But after 25 years, they still produce 80% of their initial production.

Each megawatt of solar panels can produce about 1,500 MWh per year in a sunny location. The solar array, which has a capacity of 2 MW, produces roughly 3,000 MWh in its first year of operation.

This project will emit 2,700 tons of CO2 equivalent per kWh, according to the DEWA figure of 40g CO2 eq / kWh. While this may appear to be a large amount. It is nothing compared to the emissions produced by 67,500 MWh of fossil fuel power.

Emissions Avoided When Solar Power Takes Over for Coal

Carbon capture and storage (CCS) is frequently touted as a way to clean up coal power. Assuming that CCS technology achieves 90% efficiency, coal power might emit roughly 100 g CO2 equivalent per kWh. The emissions for 67,500 MWh would be 6,750 tons, which is still 2.5 times greater than the solar power emissions estimates. Also, keep in mind that this example employs a very optimistic coal scenario and a conservative solar power forecast.

Natural gas emits less pollution than coal, with typical emissions exceeding 400 grams of CO2 equivalent per kWh. A natural gas power station must produce 27,000 tons of emissions to generate 67,500 MWh, which is ten times the value of solar power. With CCS technology and a positive attitude, gas-fired power emissions might lower to roughly 80g CO2 eq / kWh. This equates to 5,400 tons for a 67,500 MWh output, which is still 200 percent of the expected value for solar electricity.

Solar panels misunderstand to produce zero emissions, although this is only true for the power generation process.

It is possible to quantify emissions for solar arrays and wind turbines when manufacture, building, maintenance, and decommissioning are taken into account. The emissions produced by coal and gas power, on the other hand, are far higher, implying that a large solar farm can keep thousands of tons of emissions out of the environment.

How Solar Energy Can Help You Reduce Your CO2 Emissions

Solar energy minimizes CO2 emissions by offering a clean, renewable energy source. The solar panels on your roof receive energy from the sun and convert it to useful power. This method does not require the usage of fossil fuels or other products and no energy waste. Because it may store on the grid for later use.

Furthermore, solar energy prevents water pollution because PV panels, unlike other manufacturing processes, do not require water to operate. Solar energy converts sunlight into power without using local water supplies. It does not damage our waterways like fossil fuels do.

You can substantially lower your household’s carbon footprint, which creates the total greenhouse gas emissions by your home by converting to solar power energy. Driving less, eating more local and organic food, establishing a garden, line drying clothes, and unplugging your electronics at night are all methods to support this lifestyle.

Do you want to install a solar system in your home? Wattz is Shams Dubai’s top provider of high-quality residential solar systems and installation services.