How Do Solar Panels Can Save Us From Greenhouse Emissions? 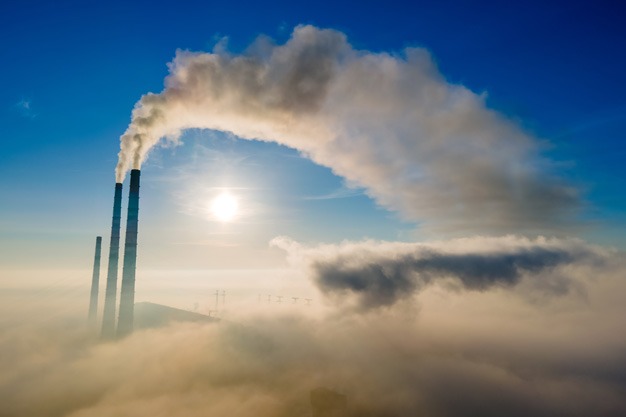 Solar panels not only lower energy expenditures for businesses but also have a lower environmental impact. A solar array displaces grid electricity, which may come from coal or natural gas, for every megawatt-hour produced. The averted emissions are significant when considering that solar panels can last for over 25 years.

Because PV modules and other components are comprised of mined and processed materials, it would be false to claim that solar power produces zero emissions. When equipment brings to the project site and throughout the construction stage, there is also an environmental impact. Even when all of these considerations take into account, the lifetime greenhouse gas emissions from solar power are far lower than the DEWA estimation for solar power.

Greenhouse Gas Emissions: What Are They?

CO2 emissions, which contribute to the greenhouse effect, are a major issue for our world.

The amount of pollution saved by solar power is dependent on the size of the project that replaces the energy source. Based on a 2-MW solar power system replacing coal and natural gas, this article will calculate a very preliminary estimate. We’ll make the following assumptions:

• The solar array has a 25-year service life.
• The output of solar panels generally decreases over time, but after 25 years.  Still produce 80% of their initial production.

Each megawatt of solar panels can produce about 1,500 MWh per year in a sunny location. The solar array, which has a capacity of 2 MW, produces roughly 3,000 MWh in its first year of operation.

This project will emit 2,700 tons of CO2 equivalent per kWh, according to the DEWA figure of 40g CO2 eq / kWh. While this may appear to be a large amount, it is nothing compared to the emissions produced by 67,500 MWh of fossil fuel power.

Emissions Avoided When Solar Power Takes Over for Coal

Carbon capture and storage (CCS) is frequently touted as a way to clean up coal power. Assuming that CCS technology achieves 90% efficiency, coal power might emit roughly 100 g CO2 equivalent per kWh. The emissions for 67,500 MWh would be 6,750 tons, which is still 2.5 times greater than the solar power emissions estimates. Also, keep in mind that this example employs a very optimistic coal scenario and a conservative solar power forecast.

Natural gas emits less pollution than coal, with typical emissions exceeding 400 grams of CO2 equivalent per kWh. A natural gas power station must produce 27,000 tons of emissions to generate 67,500 MWh, which is ten times the value of solar power. With CCS technology and a positive attitude, gas-fired power emissions might lower to roughly 80g CO2 eq / kWh. This equates to 5,400 tons for a 67,500 MWh output. Which is still 200 percent of the expected value for solar electricity.

Solar panels misunderstand to produce zero emissions, although this is only true for the power generation process.

It is possible to quantify emissions for solar arrays and wind turbines when manufacture, building, maintenance, and decommissioning are taken into account. The emissions produced by coal and gas power, on the other hand, are far higher, implying that a large solar farm can keep thousands of tons of emissions out of the environment.

How Solar Energy Can Help You Reduce Your CO2 Emissions

Solar energy minimizes CO2 emissions by offering a clean, renewable energy source. The solar panels on your roof receive energy from the sun and convert it to useful power. This method does not require the usage of fossil fuels or other products.  No energy waste because it may store on the grid for later use.

Furthermore, solar energy prevents water pollution because PV panels, unlike other manufacturing processes, do not require water to operate. Solar energy converts sunlight into power without using local water supplies. It does not damage our waterways like fossil fuels do.

You can substantially lower your household’s carbon footprint, which your home creates the total greenhouse gas emissions, by converting to solar-powered energy. Driving less, eating more local and organic food, establishing a garden, line drying clothes, and unplugging your electronics at night are all methods to support this lifestyle.

Do you want to install a solar system in your home? Wattz is Shams Dubai’s top provider of high-quality residential solar systems and installation services.