The Types Of Solar Power Systems You Need To Know 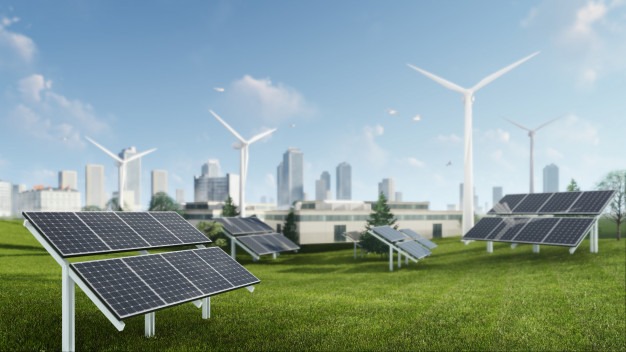 Simply put, solar energy is a limitless supply of energy originating from the sun. Solar power is the gathering of sunlight and thus transforming it back into electricity for domestic or commercial use. There are many reasons to consider making use of a residential solar system. The conventional energy costs are on the rise, non-renewable sources of energy are depleting, and the benefits of solar power are numerous. With the use of solar energy, you are making your home more energy-efficient and also contributing to a cleaner environment. Harvesting solar power from sunlight, directly into electricity is achieved by photovoltaic cells. The first step to solar power is through the installation of a complete residential solar panel system.

If you are at the beginning of your solar panel system research, you must be wondering what type of system is best for you. A basic understanding of such systems is extremely useful when deciding on the type that suits every individual household requirement and the benefit it brings in. There are three basic options available in the market.

In this article, we will examine each type of solar power system and its advantages.

In recent times, the grid-tied solar system has become the most popular choice for both homes and businesses. As the name suggests, the essential component for this type of solar power system is the existing utility electrical grid. A grid-tied solar electric system uses solar panels and other components turn sunlight into electricity for your use, while your home remains connected to the local utility. The grid will connect to the ground-mounted or roof-mounted solar system. Grid inter-tied systems allow the homeowners to utilize power from either the solar power system or the utility grid. Switching between the residential solar power system and the grid is seamless. The electricity from the solar power system uses first to power the home’s immediate electrical needs. The additional electricity will be sent out to the grid through your utility meter after all the home needs are done.

Also referred to as a stand-alone system works independently without the need for a utility grid. This system typically uses external batteries to store the generated electricity. An off-grid solar system is designed in such a way that it can produce a sufficient amount of electricity. The electricity is available to all through the year and has a battery capable to store the power. It is also used to run the home even when there is the least amount of sunlight. The off-grid systems use batteries, so they have an additional cost when compared to on-grid systems.

Advantage: For many people, the Off-Grid system or the stand-alone system makes more economic sense and appeals. It is because they can power their homes or small businesses using a small renewable energy system that is not connect to the electricity grid.

The term ‘hybrid’ refers to a combination of solar and energy storage which connects to the utility grid. The hybrid solar system produces power just in a similar way as a grid-tied solar system, but it uses special hybrid inverters and batteries to store energy for future use. This special feature to store energy enables hybrid solar power systems to also operate as a backup power supply during a blackout, similar to a UPS system. The generator may be diesel, gasoline, or propane. Another special feature is you need only a few solar panels for hybrid systems to that of complete stand-alone systems.

Advantage: The main advantage of Hybrid Solar systems is independence. With a hybrid solar system, you have the option of reducing reliance on networks as you have your energy source. Energy self-sufficiency can be a form of security from any power failures that may occur and homeowners can also benefit from rate increases or blackouts that may occur in their area.